“Accessibility”: How mobile operators can improve the accessibility of their services for women to help close the mobile gender gap

This is one of a series of blogs that deep dives into our framework to help mobile operators close the gender gap in their customer base. This blog focuses on one of the five themes that we believe mobile operators should focus on to address the most common barriers preventing women from owning and using mobile phones across markets: “Accessibility”, including access to quality network coverage, handsets, electricity, agents and formal IDs. The other blogs in the series focus on the remaining four themes: “Affordability”, “Usability and skills”, “Safety and security” and “Relevance”. 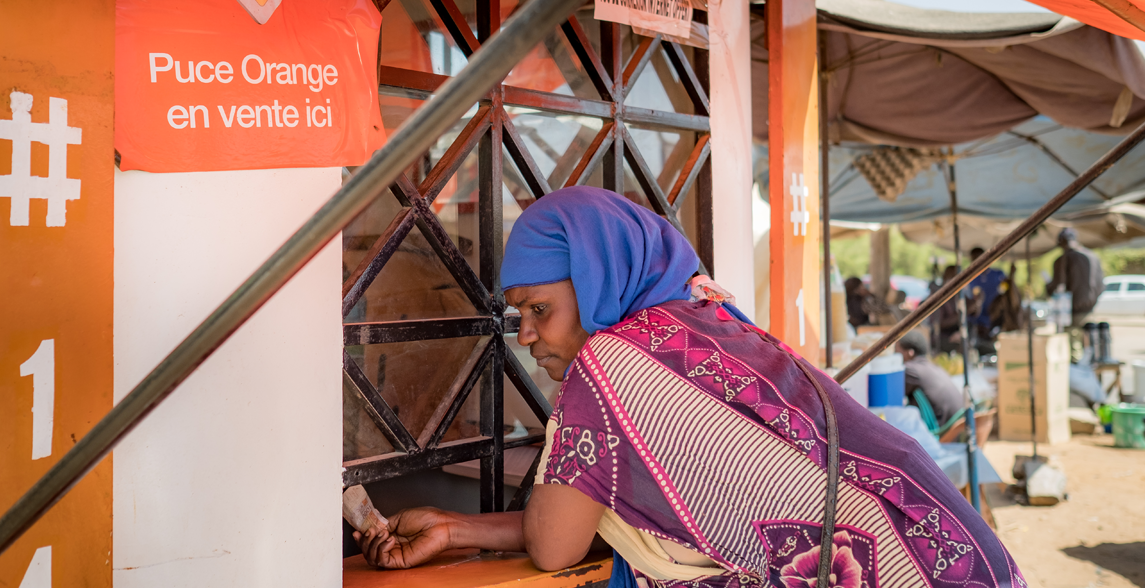 Why is accessibility an issue for women?

Our experience and research across multiple markets in Africa, Asia and Latin America has revealed that women are more likely than men to face mobility constraints, and less likely to have access to quality network coverage, agents, formal IDs, and handsets, including internet-enabled handsets. Without these, women are unable to reap the full benefits of owning and using a mobile phone. In many settings, women’s access to mobile is also limited by social norms.

What can operators do to ensure services are accessible for women?

To close the gender gap in their customer base, operators need to ensure that their product and service design and marketing and distribution approaches consider the barriers women face related to accessibility (see the visual in our framework blog).

Figure 1 shares some examples of what operators can do to ensure mobile services are accessible for women during both product and service design and marketing and distribution activities. 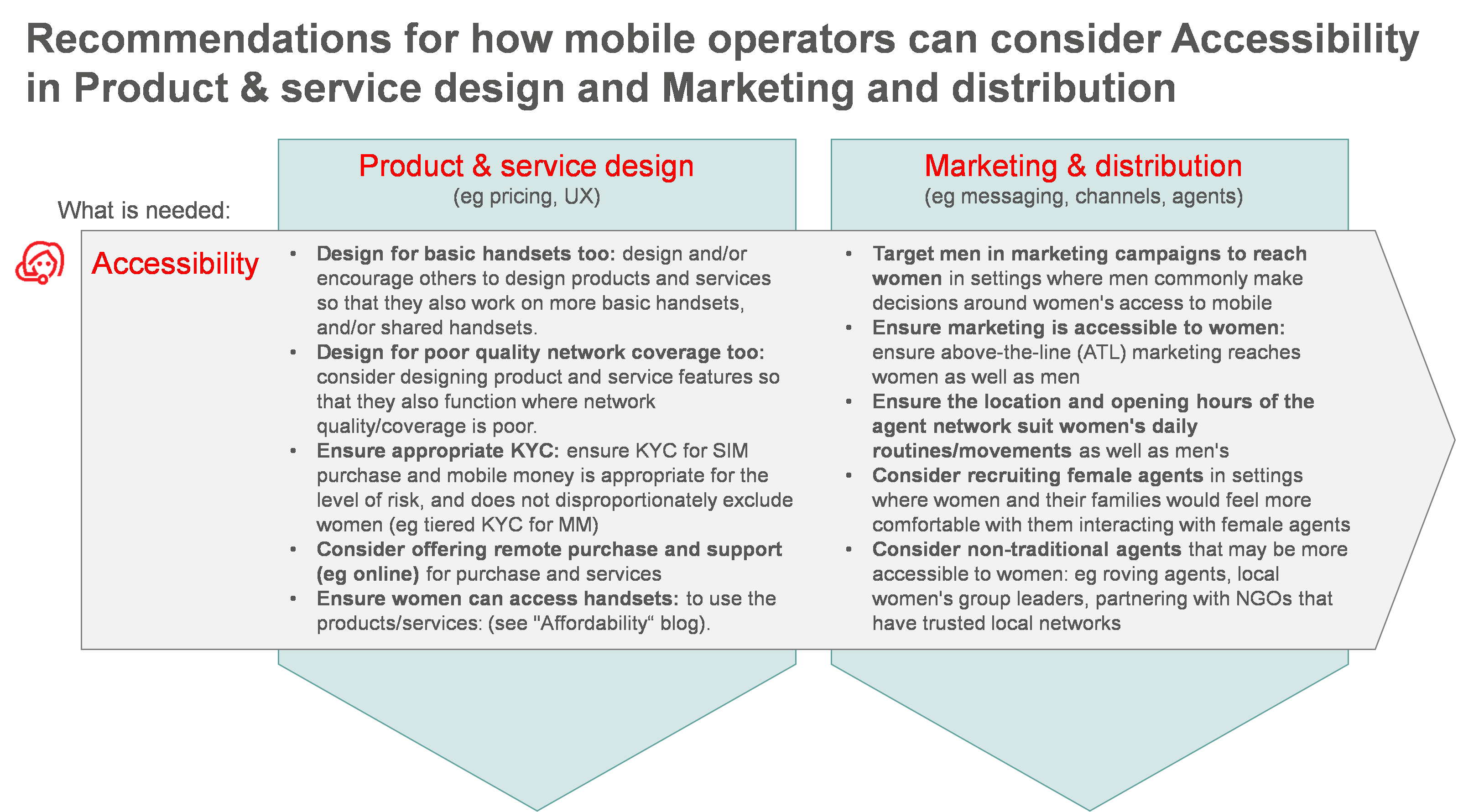 For example, product and service design teams could take into account the fact that women are less likely to have an internet-enabled handset than men, and ensure that mobile services are designed to be user-friendly on more basic handsets as well as smartphones. Marketing and distribution teams could consider recruiting less-traditional agents – such as female or roving agents – to reach women in markets where they are more likely than men to feel comfortable interacting with other women, or experience practical household or social constraints leaving their homes. Research in countries such as India, DRC, Rwanda, Sri Lanka, Bangladesh, and Zambia, for instance, has revealed that female customers prefer female agents when it comes to mobile services, and various mobile operators across Africa and Asia have launched initiatives to recruit more female agents. In Rwanda, Airtel Tigo have been recruiting female agents to improve women’s uptake of their mobile money service in a country where women are 29% less likely to use mobile money than men. In Pakistan, Jazz has partnered with Unilever to share on-boarding of female agents and reach rural women with mobile money in a more cost-effective manner.

Box 1 shares the example of Telesom Somaliland, who considered the barriers women face accessing mobile money in their product design – by introducing simplified KYC, and their distribution – by recruiting female agents, and consequently were able to attract significantly more female customers.

In June 2009, Telesom – the leading MNO in Somaliland – launched Telesom ZAAD, the country’s first mobile money service. By the end of 2018, ZAAD had over 950,000 registered customers with over 75% using mobile money at least once in 90 days.

However, they had recognised for some time that there was a significant gender gap and embarked on an exercise to recruit female agents to help women register for ZAAD as well as above-the-line (ATL) campaigns to increase awareness of the service and its use cases amongst women (see more information here). In 2016, Telesom also introduced a simplified KYC account to address the fact that women were not registering due to the lack of ID or awareness of the forms of ID that could be used to register. These actions helped to address several barriers that women faced to accessing and registering for the service.

The simplified KYC account (on which customers can only transact a limited mobile money value) did not require formal identification for registration; only a name, photo, date of birth and contact details. Telesom saw an increase in registration among female customers when this simplified KYC account was introduced – its proportion of female customers increased from 33% to 36%. Also, by investing in female agents, women customers were more at ease having their pictures taken by female agents as opposed to male agents for religious reasons.

These actions, along with targeted communication to women, saw Telesom ZAAD’s female customers increase significantly; from 17% in 2010 to 36% in 2018. With insufficient formal banking infrastructure in Somaliland, ZAAD has had significant social impact in terms of driving financial inclusion in this market and specifically for women.

It’s important to emphasise that ensuring accessibility for women does not necessarily involve launching an entirely new product, service, marketing campaign or distribution approach. Often it is just about operators tweaking what already exists to ensure that they reach women as well as men. For instance, ensuring that the location and opening hours of the agent network suits women’s daily routines.

Ensuring services are accessible to women will help them reap the full benefits of owning and using mobile phones to enhance their lives, as well as provide commercial benefits for operators.

Click here to read Part 1 of this 6-part blog series.