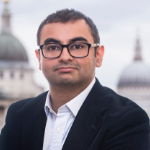 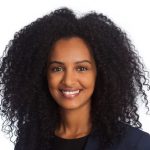 Mobile money-enabled remittances have steadily grown over the past decade. Today, millions of migrants and their families are experiencing life-changing benefits from faster, safer and cheaper remittances across 184 unique corridors. On the occasion of the International Day of Family Remittances (IDFR), the GSMA is endorsing this year’s theme to build greater resilience during the COVID-19 crisis which has affected both migrants and their families alike. Remittances are an important private source of capital that exceeded the levels of foreign direct investment (FDI) into low and middle-income countries (LMICs) for the first time in 2019. Remittance flows are also three times greater than official development assistance into these countries.

However, as a result of the COVID-19 pandemic and the subsequent impact on economic activity globally, the World Bank has forecasted that the value of remittances will decline by about 20 per cent to $445 billion this year. This will add a significant burden to low-income families that rely on remittances to build economic resilience. Yet despite this decline, remittances are expected to retain or even exceed their current levels of importance with FDI flows into LMICs expected to decline by as much as 35% over 2020.

As a response to these challenges, the office of the UN Secretary-General has called for a coordinated approach to keep remittances flowing through the crisis. In turn, the International Fund for Agricultural Development (IFAD) has been mandated to lead the response and has established the Remittance Community Task Force (RCTF) bringing together public and private sector actors to collectively address the issues raised by the pandemic. As a key member of this task force, the GSMA contributed to the development of the recommendations for a digitally inclusive and more resilient remittance sector which have been released today.

The work of the task force highlighted how the remittance industry, including mobile money providers, have taken steps such as reducing transaction fees and increasing account limits, to enable the smooth flow of remittances through this crisis. In addition to this, the task force has made policy recommendations for UN member states to consider to complement the private sector’s actions, including promoting a more enabling regulatory environment and endorsing a risk-based approach to anti-money laundering and counter-terrorist financing. The output of the task force also echoed the GSMA’s own mobile money policy recommendations in response to the COVID-19 crises to ensure that emergency measures were effective in building resilience and which were sustainable over the medium to longer term.

Mobile money remains the cheapest method of sending international remittances; the average cost of sending $200 using mobile money is well below the UN’s SDG 10.c target. With over a billion registered mobile money accounts globally and close to $2 billion in daily transactions, the mobile money industry will continue to play its vital role in increasing digitisation and building resilience of those for whom remittances are a crucial financial lifeline during a crisis and enabling migrants and their families to attain their own Sustainable Development Goals (SDGs).

Today as part of IDFR, the GSMA is also proud to announce a partnership with IFAD. The two organisations will work closely with Valyou – one of IFAD’s grantees – to share the main learnings from launching and scaling a mobile money-enabled remittance service. This collaborative effort will bring the two thought leaders in international remittance and digital financial inclusion together and will help to crystalise operational related challenges and opportunities, as well as understanding how digital channels can play a pivotal role in making remittances more accessible and affordable to migrants and their families.

Beyond charting the role of mobile technology in digitising and formalising remittances, we will also look at how to leverage international remittances to offer recipients access to more sophisticated financial services such as micro-loans or insurance bundled with remittances. Additionally, we will explore how innovative technology solutions could scale international remittances and how the model could be replicated in other markets, including hard-to-reach contexts such as rural areas. The findings of the study will be published in the coming months and the learnings will be vital to building the resilience of users in times of a crisis.

Today the GSMA will be participating in the virtual IDFR observance event, International Day of Family Remittances: Supporting remittances families build resilience in times of crisis, and you are invited to watch the live stream via the link below.