Participants in the international SMS business are having to trim their sails and secure their lines as changing market dynamics are creating quite a storm.  Through the rise of substitute technologies, certain pockets of the market have seen national SMS volumes fall dramatically. KPN Mobile reported a 10% decline in SMS traffic in its youth segment in early 2011. The market is in turmoil: Apple’s iMessage announcement, the rapid deterioration of retail prices, consistent pressure from EU regulators to bring roaming fees down, and the rise of Facebook and other applications on Smart phones are but a few of the troublemakers. It has become clear: the days of smooth sailing are over for all parties in the SMS value chain.

The Netherlands-based KPN Group, with more than 30 million subscribers via several mobile operator subsidiaries, including KPN Mobile in the Netherlands, KPN Belgium (formerly BASE) and E-plus in Germany, and MVNOs in France and Spain, sent a very clear message about its view of SMS in its recent strategy report: things are changing rapidly. Certain mobile applications capable of replacing SMS have caught on like a virus. In the youth segment of its market, traditionally the high volume users, one particular mobile messenger application experienced hyper-adoption: from almost 0% market penetration in August 2010 to 85% adoption in the spring of 2011. Consequently, messaging usage in this user group has shifted dramatically. Traditional SMS usage as a means to communicate has dropped by double digit percentages quarter over quarter for more than a year. A serious cause for alarm as SMS is the reigning champ of operators’ data services revenue and margin.

Figure 1: KPN Corporate strategy – 2011
By offering nearly the same functionality at virtually no cost to the end consumer, messenger applications pose a very substantial threat to the existing SMS market. By downloading the application to your smart phone, as is the case for Nimbuzz and Whatsapp, or by using the existing messenger apps like Blackberry Messenger and the recently announced iMessage for the iPhone, you get access to the larger community that has already signed up for the applications. The moment users are online, messages can be exchanged over the data link. Besides the standard data connection fee, no other costs are involved and messages bypass the operators’ SMSC.

Incompatibility with handsets remains an issue. Messenger applications are still only available on smart phones and typically to a certain subset of the handsets in the market. One of SMS’ key adoption factors has always been its technological simplicity. It works on every phone and has little to no load on the mobile network.

Finally there remain still a number of intangible benefits of SMS. With a typical mobile phone, SMS is at the forefront of the action; reading or sending SMS requires very few “steps” compared to sending and receiving texts through a messenger application. Related to this is the pace of communication via SMS, which tends to be almost instantaneou, while email and other forms of communication are generally exchanged with far less sense of urgency.

KPN Mobile’s experience with messenger apps may be an unusual case.  The Netherlands is a relatively small and densely populated country – nearly 17 million people living in an area twice the size of New Jersey.  This explains partly the speed of adoption. And the downside of being in a “walled garden” essentially falls away when the garden encompasses nearly all of your normal contacts.   Nevertheless, it appears that conditions in Latin America are beginning to look a lot like Europe, at least when it comes to SMS.  We see expectations of 20% Smart Phone market share for new devices sold in Latin America according to Gartner Inc.1, a push of more unlimited data packets by mobile operators in the region and a subscriber base looking for more value for their money.

The going is rough on the other side of the SMS industry as well. Fortunately, this change is more positive for most players in the value chain. So-called application-to-person messages, SMS originating from other sources than handsets, are experiencing double digit growth. Portio Research2 has split out the market in both person to person and application to person messaging and predicts growth rates over 15% for the next 5 years. This is a broad market that contains messages that are inherently person to person in nature, such as messages coming from social network sites or chat services going to handsets and the bulk messaging of marketing agencies.

Another rapidly growing market is include password confirmation services using SMS. After the recent security breach of EMC Corp.’s RSA unit in May this year, companies are looking for an alternative, possibly safer way to transport codes. Banks in Europe use SMS for similar means, as a way to transmit the payment confirmation codes to customers. So where traditional P2P messaging is looking at a plateau in terms of volumes and revenues, A2P messaging is on a steady growth path.

In order for any party in the industry to deliver its text messages to international destinations there are a variety of options available. Mobile operators often choose to develop and maintain direct connections and bilateral relations with their highest volume corresponding operators and then outsource the “long tail” of their traffic to wholesale specialists. Parties specializing in A2P messaging often do not have the leverage and the relations to strike deals directly with mobile operators (though a number of the bigger social networks and over the top players have been very successful in this). They will outsource their international bound messaging traffic to one or a few international wholesale specialists. These in turn make use of a variety of ways to reach the end destination; typically direct connects or indirect connects through so-called sponsor networks are used. 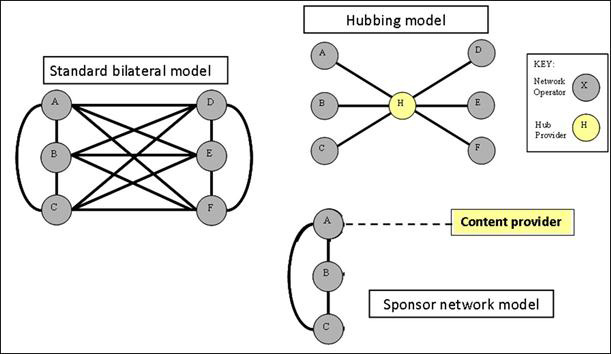 The rise and fall of sponsor networks

Sponsor networks have been around for years but have seen a surge specifically in the last two or three years. The concept is simple: a sponsor network is a mobile operator providing third party access to its bilateral SMS agreements and connects. These bilateral agreements have been developed over a number of years and were focused on the exchange of the bilateral traffic between the two operators. Since traffic was considered to be in balance, there are often no termination tariffs in place. In other words, even though direct termination into one of these operators through an official interconnect might be expensive, among each other, operators typically terminate for free.

The rise of the sponsor networks has in turn led to imbalances of inter-operator traffic. Whereas operator B expects to just receive traffic from operator A, now traffic from operator A consists of both its end subscribers’ traffic as well as third party traffic. Imbalances are leading to counter measures. Specifically in Europe operators are taking great strides to close their networks to this grey traffic. Either all bilateral agreements are adjusted to a termination fee model and/or advanced monitoring systems are put in place to stop this traffic. This makes sponsor networks far less reliable and stable. It’s a constant cat and mouse game, in which new opportunities appear as quickly as they are removed from the market.

The market for international SMS is still very much alive with some great growth potential, although the smooth sailing has been over for some time now. National P2P traffic figures are shrinking in many countries because of the substitution effect of over the top applications. The walled garden issue with these parties combined with the intangible benefits of SMS do make that effect smaller for the international markets but it remains a concern. Next to that, international A2P traffic is very much alive and kicking.

So how to best benefit from these developments? The current mobile industry has to focus on two key aspects: quality and security. For a stream of messages, disappearing and re-appearing grey routes based on sponsor networks results in quality issues related to latency and lower delivery ratios. And from the receiving side, security becomes an issue when end users receive unsolicited messages or mobile networks are bombarded with traffic they won’t be paid to terminate.

The solution is to have close contact with the market and direct connects with reliable SMS hubs and aggregators who have implemented security measures to monitor and block unsolicited traffic. This will ensure that you’re able to maximize commercial opportunities while guaranteeing security and quality.

Like any meteorological storm, the one affecting the SMS world will surely end, leaving some destruction in its wake, but also bringing new opportunities to the surface.  As long as we’re prepared to take advantage of those opportunities, we will be well positioned to thrive in the new market environment. 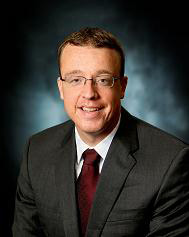 Reinier has a strong experience in innovative mobile services for retail, business and wholesale customers. Previously he worked for Vodafone Netherlands and KPN Mobile and was in charge of product developments such as location based services, mobile music, GRX, mobile internet and IPX.  In the past, he was KPN representative for various i-Mode alliance workgroups.
.Reinier holds a master degree in International Business Management from the University of Maastricht, the Netherlands.