What is SIM Swap? 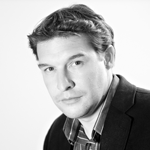 Over the past couple of years, there has been a lot of awareness raising in the press about the issue of ‘SIM swap’. GSMA’s Fraud & Security Group Chairman David Rogers explores the problem.

An unauthorised individual gets a victim’s SIM reassigned to them in order to gain access to the victim’s mobile phone account. In the past this would have been practiced by fraudsters who might want to run up calls against the victim’s account, perhaps in a more organised fashion combined with other types of fraud and criminality.

Steadily this began to change. In sub-Saharan Africa, SIM swaps started to occur against users of mobile money services; a new incentive to make money using this method. There was a rise in password compromises in online accounts, led by large-scale data breaches, leading to credential stuffing based on the leaked passwords and emails as well as weak implementations of access control. This meant that there was an increasing need to have ‘out-of-band’ methods of validating users that would be acceptable as a ‘second factor’ to passwords, increasing security. The most common and straightforward to implement solution to this was to use the mobile phone and SMS – it was the thing that most people carry and there was commonality in the means by which users could receive the message, almost instantaneously. The user could then, with relative ease get access to their account. The company providing the service – be it a bank or social media app, could also have reasonable confidence that the user was genuine, raising the bar significantly against attacks on users, their passwords and individual transactions protected by the second factor.

Nothing in security remains static and it should be no surprise to anyone that criminals looked to target the two-factor authentication (2FA) mechanisms being used to protect accounts. The first serious attempt on SMS-based 2FA was against banks in Europe that used mTANs (codes for banking transactions) in late 2010 as part of the ZeuS banking trojan. The attack was relatively sophisticated and used a combination of social engineering and already compromised desktop machines to manipulate users into installing malware on Android devices which would intercept the SMSs and divert them to criminals. The attackers struggled with some of the security controls on the handsets, such as digital signing and the attack was not wholly successful, however it clearly demonstrated their intent.

By the late 2000s and following the Edward Snowden revelations, attackers were beginning to look at the network side. The legacy Signalling System No.7 network (SS7), originally designed in the 1970s, was an integral part of how mobile phones communicate to each other on both 2G and 3G networks. As networks became more open to the internet and the knowledge of how SS7 worked became more widely known, fraudsters and other criminals began to take advantage. Simply ripping out legacy networks is not an option in the mobile world, given the huge scale and reliance on mobile telephony services. Mobile network operators worked together with the security research community to build in monitoring and filtering mechanisms, together with signalling firewalls in order to prevent, detect and deter this vector.

Finally, social engineering of call centres has been a problem. This is an issue for all organisations that are required to service users directly. Indeed this form of “account takeover” is seen in many different sectors. With the prevalence of information available on the internet for most people, building up a legitimate picture of a user can be done with relative ease or with some initial social engineering against the user themselves. Whilst network operators need to ensure their call centre staff are trained to detect social engineering attempts, this is a tall order given that the whole aim of the social engineer is to convince the person at the other end of the phone that they’re legitimate. Phasing out legacy methods of authentication such as usage of secret information like mother’s maiden name and usage of user-selected passwords that need to be spoken is just part of the solution. Some network operators are now providing APIs (technical interfaces) for services such as banks to be able to connect to in order to establish whether a SIM swap has occurred recently.

This is the real heart of the issue for SIM swap – the target is now not really the network operator’s services, it is something else entirely. It’s a service that uses 2FA SMSs for which the only mechanism to compromise is to arrange for the SIM to be swapped. And there are lots of them – banks, messaging applications, social media apps, email accounts, bitcoin wallets – the list is ever-increasing. An increasing number of people are seeing ‘whole life takeovers’, starting with a SIM swap, the user’s email account is compromised, followed by a succession of accounts for everything they interact with, from airlines to ride-sharing to shops leaving the user without money or even the ability to communicate. This is often a method of punishing someone or ‘taking them out’, a risk for people in the public domain such as journalists.

The value of success is increasing too. In some cases millions of dollars of bitcoins have been swiped from wallets because the SIM was swapped. The motivation is high and the cost of attack is relatively low, but the gains are potentially life-changing for attackers. Recent attacks have seen technical attempts combined with social engineering to install remote desktop access so that criminals can initiate the SIM swaps themselves. Mobile network operators around the world need to ensure they’re on top of all aspects of the problem, implementing best practice and doing as much as they can to raise the bar of defence against such attacks. There is no boundary between human, telecoms and cyber security – it is all one big attack surface now.