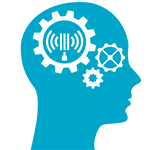 Please describe how your company came into being

Montr was founded in 2015 to provide enterprises with customised cloud software they can use to report outbound interactions with third parties. We started with an application platform (aPaaS) that can create customised software by calibrating the customer’s ‘analogue’ workflow, translating the paper trail into a fully digitised workflow, without the need to write code. 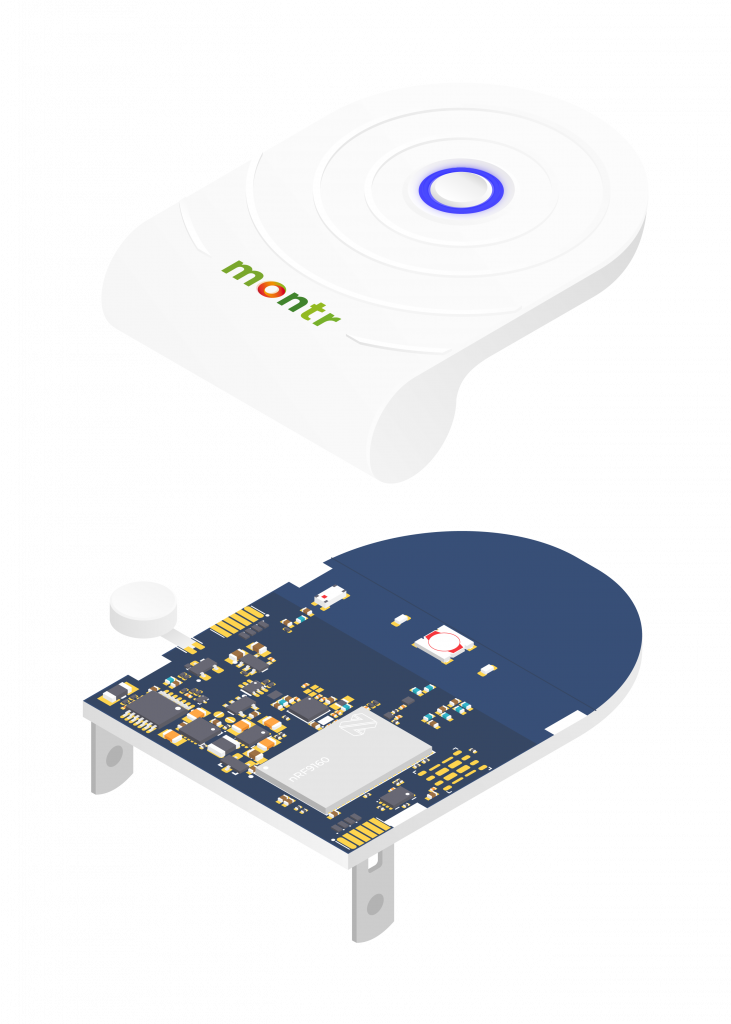 Each day medical doctors, social care employees and fraud investigators go out and use one of our applications. Due to the nature of this work, we have since added an emergency button into the software application that is integrated into an alarm response centre.

From 2016, we started receiving requests for an emergency hardware button and in 2017 we launched a Bluetooth Low Energy (Bluetooth LE) device, based on the Nordic Semiconductor nRF51/52 Series chipset, with this capability. Our solution now combines a software platform, integrated with an alarm response centre, a mobile app (that runs on iOS, Android and Windows) and a Bluetooth LE device. As the whole system, from backend to the firmware on the Bluetooth device, was developed in house, we had a fast and steep learning curve for embedded design and engineering. And we added a number of senior engineers to our team to speed up development. The Bluetooth equipped devices were an instant hit.

From 2017, we also started experimenting, testing and working with NB-IoT. From late 2018 we began to partner with Nordic Semiconductor on implementing its nRF9160 SiP to support NB-IoT and in the spring of 2019, we launched an NB-IoT-connected emergency button.

Please describe how you developed your product

We identified two groups of users who could immediately benefit significantly from an NB-IoT-connected personal alarm. First of all, the ‘lone workers’ we already support and who work in areas with limited regular LTE connectivity. The other group is the so-called ‘vital’ elderly who probably have a smartphone, but don’t like to interact with it. A stand-alone emergency button is something that is in high demand among these users.

An individual in danger can activate our button via a double press (to reduce the chance of false alarms) that then uses encrypted communications to notify an emergency response centre of the user’s identity (via a unique user ID linked to each button) and their GPS location. To reassure the user that help is on its way, the button will vibrate and flash to confirm that the emergency request was successfully received by the emergency centre. 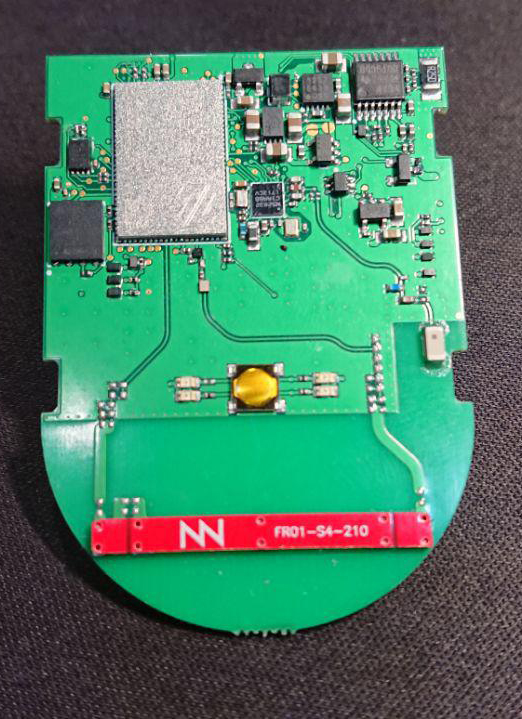 This kind of product development is relative unchartered territory because it requires close cooperation with both the hardware supplier (Nordic Semiconductor) and mobile operators. Hardware elements, such as the battery and antenna are directly affected by, for example, network performance or the firmware specifics of the silicon.

The partnership with Nordic Semiconductor has worked out great so far. Without the Nordic nRF9160 system, our emergency button would not have been possible to develop in such a small form-factor, include GPS, be able to run from a small battery for up to 10-months, or achieve its safety-critical-grade on-air reliability, range, and building-penetration performance.

How does your product use LTE-M/NB-IoT?

During product development we made the decision to focus on NB-IoT first because in Europe it was the first low power wide area network to be available. Moreover, the network characteristics – signal penetration – fit the use case of emergency messaging perfectly.

This does not mean that we do not support LTE-M: with the nRF9160 we can easily switch from one network to another. And we are already discussing the use of LTE-M in the United States.

What are the benefits of using LTE-M/NB-IoT, rather than another wireless technology?

The network performance will have a direct impact on the energy use and data transmission of your product. Therefore, we consider it important to work in a controlled environment, such as that offered by NB-IoT. Furthermore, security and the ability to push firmware updates over the air are important for us. Overall, the performance of NB-IoT is generally speaking better than that of competing networks that use unlicensed spectrum.

Equipped with NB-IoT, our emergency button can reach places no other wireless signal can go, such as deep basements, and doesn’t require any configuration by the user. Even when there’s absolutely no connectivity from a regular mobile network above ground, it is still able to transfer a user’s ID and GPS location to an emergency centre via NB-IoT. The small battery means the emergency button weighs just 29g.

How are you currently working with the mobile operators?

At this moment, we cooperate with multiple mobile operators. And our experience is that the best way forward is to cooperate as closely as possible with the operators. IoT is really a different ball game and most of the mobile operators we work with are aware of that. IoT brings a new business model that is very service-oriented.

What is your business model?

At this moment, we are receiving requests from all over the world. For 2019, we will continue serving our existing customers to the best of our ability, and we are hoping that some of the new contracts we are negotiating will soon be finalised.

The primary goal for 2020 is to speed up our product development. This is extremely important because there are so many items that can be further improved, such as energy, transmission and miniaturisation.

Do you plan to roll out further products and solutions that employ NB-IoT/LTE-M?

We already have some new products in the pipeline that we can’t disclose publicly. In general terms, we can say that we will focus our research and product development on nRF91 integration in wearables and further improvement of connectivity in extreme circumstances.