Can digital identity become a passport for the world’s low-income populations? 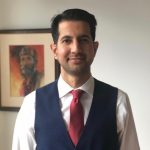 This blog was written by Adil Khan, Advocacy Manager at the GSMA, and featured on the TRT World website.

The pandemic has opened the door to greater adoption of dynamic digital ID systems. Governments must now find a way to deliver on its transformational potential.

The ability to prove one’s identity and access services in one’s own name is a critical prerequisite to development targets associated with education, financial inclusion, healthcare, and gender equity.

Before the pandemic, the state’s monopoly on the slowly increasing circulation of national identity credentials had always seemed acceptable to achieve this end. The abrupt end of in-person services, however, has given new momentum to the potential of digital identification systems and the supporting role that innovators can play in broadening coverage.

The dramatic expansion of remote service delivery in the past year has been far more complicated for the estimated one billion people who still lack any form of recognised legal ID. This is most pronounced in Africa and Asia where it disproportionately affects those that are poor, rural, female and migratory.

These stark figures mask an opportunity to do far more than merely bridge the identity gap – as called for in 16.9 of the UN Sustainable Development Goals – but to empower a disenfranchised global underclass with access to a radically expanded range of targeted services and entitlements.

The economic and social exclusion of being unable to identity oneself and access the digital tools that are essential to modern life is staggering. This extends well beyond basic public services alone. For instance, identification is legally required across 157 countries for the registration of a SIM card.

The interconnected nature of the problem though is what makes investing fully and creatively in its resolution so revolutionary.

What is digital ID?

Digital identity has never been a simple concept to define. It may be easier to consider the origins of legal identities themselves as they have been critical to the functioning of state bureaucracies since antiquity.

Official letters from a local authority were traditionally used to establish the credentials and privileges of the carrier. In the medieval Islamic world, they even included an economic component with an indication of whether tax obligations had been paid. Such documents were known to allow an individual to pass beyond the city gates (or “porte” in French), thus giving passports their name.

The needs of the 19th and 20th century drove modern accounting for population resources and the means to track the entitlements available to citizens. Therefore, formal identity systems and the depth of their penetration has tended to follow industrialisation and reflected state capacity. These legal identities, like a national identity card (NIC), were issued by national or local authorities and were necessary to access a wide range of public and private services.

In the last few decades, governments have transitioned from paper-based identification systems and created new opportunities to capture a person’s details in digital form. Official documents that are digitally enabled can take the form of a biometric passport or NIC with a chip that can be authenticated against a database. They can be based upon various attributes and allow access to an expanded array of interconnected services with the transparency of a digital footprint.

Given this flexibility, their form can be varied and needn’t only be a physical document that can only be verified in person. A digital ID platform could, for example, link an individual’s NIC to a voter registration registry on one hand and a welfare entitlement scheme on the other in a secure fashion.

Critically, digital identities are also widely issued by private or non-profit organisations which can take a wide array of forms from a credit report to a record of educational qualifications.

It is at the overlap of the public and private sector where some of the most innovative identity solutions have been found: from finding a means to expand ID coverage by facilitating the registration of newborn babies via mobile phones in Pakistan, to introducing new service offerings via innovative authentication methods like voice biometrics in Kenya.

The ability of an identity ecosystem to reach all citizens and engender their trust has a clear effect on the efficacy of government administration and sustainability of economic development.

Much like other technological innovations, digital ID can be used to inflict harm both intentionally and unknowingly. The concentration of personal data, particularly in jurisdictions without data protection regimes, is a clear target for nefarious actors.

While many of these risks are consistent in paper-based systems too, we are yet to fully understand how irresponsible digital processes can undermine trust, prejudice service delivery, or reshape behavioural patterns due to their broader reach.

It is fair to assume such risks are inherent to any large-scale digital technology and operate on the basis that a soundly-managed digital ID ecosystem minimises such outcomes by following established guidance like the Principles on Identification for Sustainable Development.

The optimistic outcome is often presented in terms of the reduction in government inefficiencies and the economic growth that an effective digital identity system can unleash. This potential is difficult to encapsulate as entitlements tied to digital IDs increase daily.

In contrast to those without any form of identification, holders of ID can engage effectively as citizens, consumers and business enablers themselves. A much cited McKinsey report noted that countries could see momentous growth of equivalent to between 3 and 13 percent of GDP with sound digital ID programs.

While outcomes related to financial inclusion are critical, it is the cultural empowerment that the broad penetration of IDs to those most vulnerable that must be emphasised.

There are over 230 million women and girls in Commonwealth countries alone lacking access to official identity, and enabling access to services in their own name is a pivotal outcome for gender equity. For the most disadvantaged, official documentation opens doors of opportunity that could change the trajectory of their lives. It is enfranchisement and a redoubling of their social contract with the state at a time when developed nations are struggling to do so.

The modern equivalent of the letter that lets one pass through a guarded gate may be accessible alongside agricultural assistance in a digital wallet with no bias to the powerful. It is here at its most ambitious that digital identity systems can be most transformational.

The primary challenge to achieving these outcomes remain rates of adoption and political will.

The ability to distribute NIC’s has traditionally rested firmly with state bureaucracies alone. However, authorities are starting to recognise that the widespread infrastructure of private actors may be the catalyst to expanding distribution.

A recent example of this can be found in Nigeria, where the government has licensed mobile network operators to act as official enrolment agents hoping to leverage their nationwide retail locations to reach millions of unregistered Nigerians.

The ability to reach isolated populations and vulnerable groups puts the telecom industry in a unique position to help bridge the identity gap. Further, they can build consortiums to connect these newly-minted consumers to health, education, financial and utility services using mobile technology.

Realising the promise of mobile to support inclusion and accelerate the digital transformation of societies is critical to effective policy-making in this space.

To enable the most dynamic outcomes from digital identity solutions, leaders must invest in a strong digital infrastructure and promote government services that incentivise ID adoption. Governments must also ensure simplicity of any regulatory regimes to promote interactive solutions with private and civil society actors.

Finally, and most importantly, governments carry a responsibility to foster a trusted environment where privacy is respected. Without this fundamental trust, the exacerbated inequalities in access brought about by the pandemic are unlikely to be bridged.

The GSMA Digital Identity programme is funded by the UK Foreign, Commonwealth & Development Office (FCDO), and supported by the GSMA and its members.