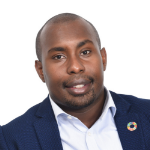 Renowned as one of the pioneers of mobile money services, Tanzania boasts itself as having a well-controlled and governed liberal regulatory framework allowing banks and non-banks to offer financial services. This is further supported by the Mobile Money Regulatory Index findings in which Tanzania has consistently scored highly since the inception of the tool in 2018.  Mobile money and by extension the mobile technology has been key in Tanzania’s financial inclusion strategy as evidenced in the Tanzania Financial Inclusion Framework. According to World Bank’s Findex, Tanzania’s financial inclusion rate currently stands at 52% with mobile money adoption at 45% compared to 33% adoption rate in Sub-Saharan Africa. The significance of Tanzania in mobile money’s history is also underscored by the strong partnerships and collaborations that have led to a vibrant digital finance ecosystem with wide range of use cases. Tanzania provides a blueprint for industry-led mobile money interoperability having been one of the first countries to launch account to account interoperability back in 2014. The unparalleled entrepreneurial spirit of tech-savvy Tanzanians and the budding Tanzanian economy cannot go unrecognised in the development of the financial sector.

Tanzania’s journey has not entirely been smooth. The introduction of a mobile money levy of between TZS 10 and TZS 10,000 across different transaction bands in July 2021, saw the price for on-net P2P transactions increased by up to 369% with the number of transactions significantly dropping immediately the levy took effect. The levy thus presented an imminent risk to financial inclusion potentially reversing the gains witnessed over the years. A key concern was consumer behaviour changes that was witnessed, particularly among the most vulnerable, who opted for cash alternatives. The GSMA conducted a series of analysis which revealed the unintended impact of the levy as detailed in this report.

Tanzania Government authorities, in recognition of the importance of dialogue in policy formulation, welcomed feedback from industry players and other relevant stakeholders regarding the implementation of the levy. The Government of Tanzania initially reduced the levy by 30% in September 2021 and following subsequent evidenced based discussions, implemented a further 43% reduction, effective July 2022.

Stakeholder consultation is important during policy and regulatory drafting processes.

Key stakeholders need to be identified and their views sought through a participatory approach. it is important that stakeholders collectively represent the interest of both the public and private sectors. The GSMA has provided key considerations for such processes in this guide.

It is crucial to consider the unintended consequences of taxation for any sector when formulating fiscal policies.

The former Governor of the Central Bank of Kenya, Professor Njuguna Ndung’u, emphasizes the need for this scrutiny in this policy brief titled Taxing Mobile Transactions in Africa. Mobile money continues to be an essential service to many Low- and Middle-Income countries. Its contribution to the socio-economic fabric of cannot be ignored in policy formulation and legislative drafting processes.

It is necessary to explore alternatives to sector specific taxation

Even as Governments make efforts to streamline domestic resource mobilisation across most mobile money markets. Focus could be made on how mobile money can widen the tax bracket by formalising informal transactions rather than imposing sector specific taxation.

We congratulate the Government of and stakeholders in Tanzania on their quick actions to ensure any unintended consequences of the levy were reversed, and the ongoing positive steps they continue to make to drive financial inclusion.

We also implore other countries and regulators to consider the lessons presented when devising fiscal and monetary policies.