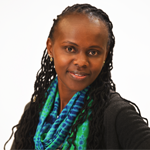 “My younger sister was getting married in December 2019. As her elder sister, it was my responsibility to make sure that her day turned out exactly as she always dreamt of growing up. She had to look her best on the day and I needed extra money to make this happen.” Romana reached out to her friends at her ‘Success’ women’s group for help. They encouraged her to apply for a loan through their M-Koba account. The three nominated approvers on their M-Koba account quickly approved the loan request and in no time, she received TZS 300,000. “I was delighted, as in that moment I knew I would not let my sister down.”

Ebenezer Savings group in Gongo La Mboto is made up of 24 women who have been friends for over 15 years and have seen each other through good and bad times, but not once has money been involved in the equation. Whenever anyone had a financial difficulty, they had to figure out on their own how to address it. In August 2019, one of their members attended a business forum in Dar es Salaam where a representative from Vodacom spoke about their group savings product, M-Koba. On returning to her Ebenezer group meeting the member told them about M-Koba and encouraged the group to join. 11 of the members accepted and they opened an M-Koba account. The members agreed to each deposit TZS 10,000 into the account every Friday and members could borrow up to twice their contributions when in need. To date, Ebenezer group has given out loans to more than five of their group members, including Beatrice, who in January 2020 was able to borrow TZS 300,000 to help with her child’s school requirements. She explained, “If it was not for M-Koba, it would have been an uphill task getting this kind of money in time, I don’t know what I would have done.” Mildred, the group’s Chairlady believes the future of the group and its members is bright. She is convinced that in a few months to come, individuals will continue to benefit from their savings and most importantly, they will start group projects to generate additional income. 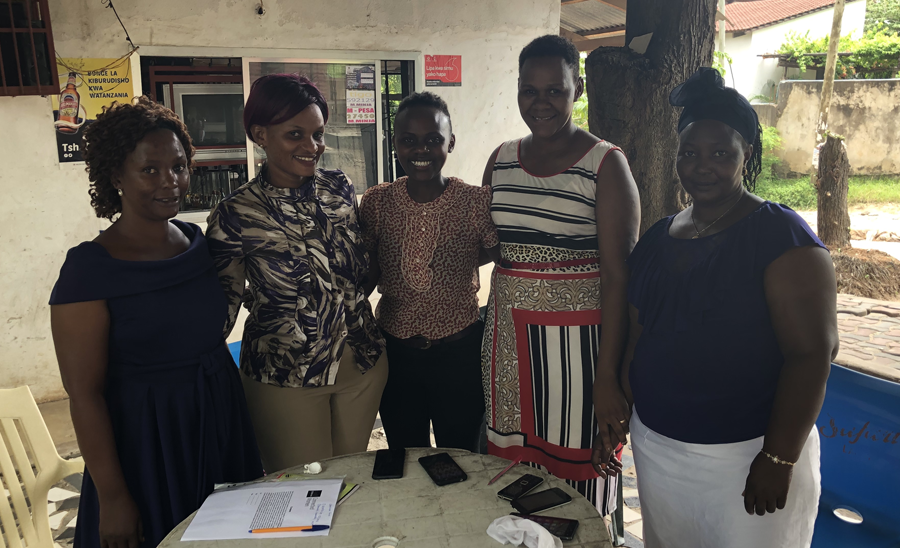 Some members of Ebenezer savings group in Tanzania pose for a photo with Adrine from GSMA Connected Women. From left to right: Dainess, Beatrice, Adrine (GSMA), Mildred (Chairlady) and Jackline (Treasurer)

Vodacom commits to drive financial inclusion for women in Tanzania

Similar to many nearby countries, mobile money is leading the way in driving financial inclusion in Tanzania, with 55% of the population having a mobile account vs only 9% having a full services bank account.1 Mobile money is promising to further advance women’s financial inclusion, but women continue to be left behind. According to the most recent Global Findex data, Tanzanian women are 25% less likely than men to access and use mobile money.

In 2020 Vodacom Tanzania PLC renewed their commitment to increase the proportion of women using mobile money in Tanzania through the GSMA Connected Women Commitment initiative.

Vodacom identified affordability, digital skills and relevance as the three main barriers women in Tanzania continue to encounter in adopting and using mobile money. With this knowledge, they embarked on several business solutions to address these barriers, efforts that have seen them significantly increase the number of women using their mobile money platform; M-Pesa. One such initiative aimed at addressing the ‘relevance barrier’ is M-Koba, a savings group product launched in partnership with TPB Bank PLC in February 2019 aimed at digitising savings groups in Tanzania. According to Epimack Mbeteni, M-Commerce Director at Vodacom, the M-Koba product aims to increase the number of formally banked individuals by at least one third, and more importantly, reach rural women who make up the largest percentage of the unbanked.

What is M-Koba solving for women and group savings?

M-Koba, a product accessible only via M-Pesa, enables savings groups to save their collections with a deposit-taking financial institution in a safe and transparent manner. It was designed to mirror how savings groups traditionally operate and digitises each process. The M-Koba account, created via USSD by the group leader, allows her to add members into the group using their mobile numbers. Members receive a notification and confirm their status.

Members can view all the group members and see who the three officials of the group are (Chairlady, Secretary and Treasurer). No fees are incurred by the customer when sending money from their M-Pesa wallet to the M-Koba group savings account. Each member can independently request the group’s savings balance and is able to request loans automatically from the system. M-Koba is designed to nominate at least three members at random to approve loans before disbursement.

According to Crisantus Mumburi, Business Development Specialist at Vodacom, “It is our responsibility to ensure that funds are stored and move securely, there is transparency and each group member is aware of what is happening with their collections.”

M-Koba allows for autonomy and each group has leeway to determine; what the member contributions and frequency of payment is, what penalties to apply for late payment, lateness to meetings or late loan repayment. The members determine loan-issuing policies, and they also decide what interest should be paid.

The flexibility of M-Koba, coupled with its benefits is making it very popular among savings groups in Tanzania, whose members are predominantly female. M-Koba has two accounts; one designed for small groups of family or friends to save money over a period of time and share earnings, and a second designed for Village Community Banks (VICOBAS) enabling them to operate in real-time, ensuring cost effectiveness, security and transparency among members. 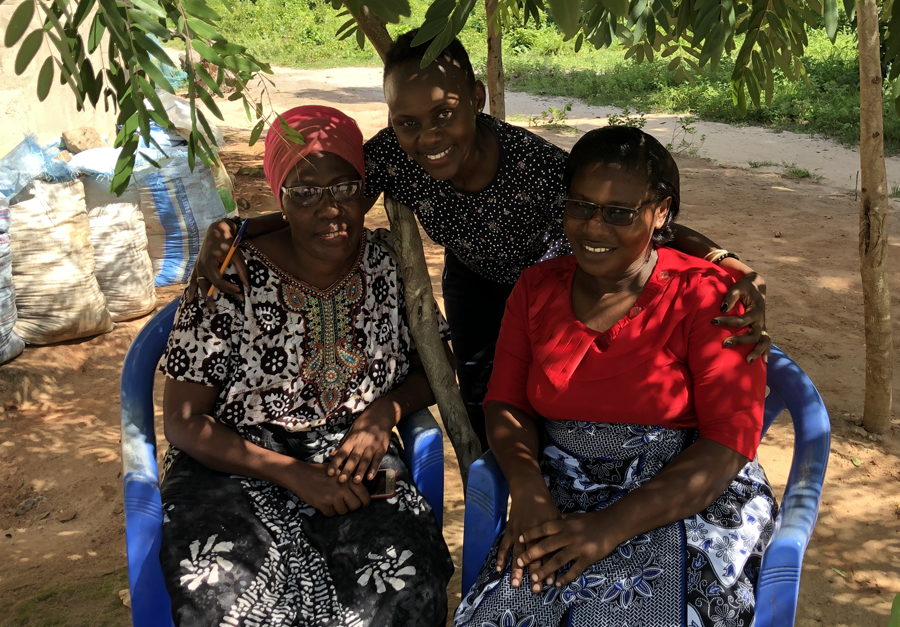 Success women’s group has ten members who have been friends for many years, and for most of them, being a member is an insurance that when there is a problem, financial or otherwise, members can get assistance. Before M-Koba, they would collect funds towards a specific project and entrust this money with the treasurer for safekeeping. Amina, Secretary of Success group explains this arrangement; “Money has a lot of uses. In some instances, we would contribute money and believe that the money is safe with the treasurer. When the time comes to use the money and we ask for it, the treasurer would come up with excuses like, I am travelling or I have a sick family member. We would later realise the money is not there. During that time, we lost hundreds of thousands because we trusted our money with the wrong people. M-Koba has brought hope, peace and a lot of joy to us.” Romana, the current treasurer of Success group comments; “Because of M-Koba, I have never held contributions with my two hands. But I am confident that when anyone in the group has a need and requires a loan, the money is there safe in our M-Koba account.”

It has only been one year since the launch of M-Koba and Vodacom Tanzania is already realising the positive impact it is having on their business and women in particular. Over 34,901 groups of predominantly female members have signed up to this service to date, collectively holding TZS 3.5 billion as savings. An additional TZS 1.5 billion has already been disbursed as loans.

Beyond driving financial inclusion for women, M-Koba has increased stickiness and usage of M-Pesa and Vodacom services overall. Beatrice was not a Vodacom customer, but when her group Ebenezer joined M-Koba and she understood the benefits, she bought a Vodacom Sim and registered for M-Pesa. She now uses her mobile account for voice, data and mobile money. According to Crisantus, “We have experienced increased activity on M-Pesa from customers who are using M-Koba, and have recorded new Vodacom customers who bought Vodacom Sim cards because of M-Koba.”

Vodacom is now working on the next phase of M-Koba to further meet the needs of Tanzanian women and drive financial inclusion.