Mobile money: A product of choice for women to send and receive remittances 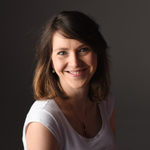 Earlier this year, I had the privilege to participate in an International Experts Roundtable in Rome on the topic of “Women’s financial inclusion and the role of remittances”. This roundtable marked the occasion of the United Nations International Day of Family Remittances and was organised by IFAD, with the Aspen Institute Italia, the Aspen Initiative for Europe, and the Italian Ministry of Foreign Affairs, in cooperation with Centro Studi di Politica Internazionale (CeSPI) and WE-Women Empower the World.

This roundtable was an opportunity for me to speak about two of my favorite topics: women’s financial inclusion, and the impact of remittances on development. In this blog, I share some of my talking points and perspectives on this issue, hoping this can inspire more people in the remittance business to consider the gender angle.

Migration also has a direct impact on social norms in the country of origin, especially for women: social remittances also matter. In addition to money, migration also entails the circulation of ideas, practices, skills, identities, and social capital between sending and receiving communities[7].

According to new research presented by CeSPI at the International Experts Roundtable, women migrants in Italy earn on average 24% less than men. While this does not affect their propensity to remit (women send on average 12% of their revenues every month, compared to 13% for men), it has an impact of their remittance patterns. For example, the average value of remittances sent by women was €425 compared to €469 for men. These results echo findings from previous research that has shown that women migrant workers tend to send smaller amounts of money more often and for longer periods than men[8]. Relative to their income, women senders may be paying over 20% more than what men pay[9].

In receiving countries, women and men also tend to use the money received differently. Women receiving remittances tend to channel more funds into their family’s healthcare, food and nutrition, shelter and education than men[10]. However, remittances are not just about supporting the basic needs of the families in home countries, investment goals are also important for women migrants, although to a lower extent than for men. Significant differences also exist across migrant communities. For example, CeSPI’s research reveals that Senegalese migrant women play an important role in launching and supporting production businesses back home (a remittance goal for 9% of women migrants surveyed), while investing in real estate is a goal for 29% of Filipino migrant women[11].

Since the successful launch of M-PESA back in 2007, the mobile money sector has expanded and there are over 866 million mobile money accounts across 90 countries. Initially developed as a tool for domestic transfers and payments, mobile money has revolutionised the way in which people send money across borders. In 2018, mobile money could be used to send or receive international transfers in 56 of the 90 countries where mobile money is available[12]. Mobile money has a number of distinctive characteristics that make it particularly appealing to women compared to other remittance channels. In fact, in some markets, women have been early adopters of mobile money as a channel to receive remittances. For example, data from WorldRemit indicates that in 2014, 20.46% of their female customers globally would use mobile money as payout mechanism compared to only 13.99% of men. In 2018, this was the case for 28.24% of women receiving funds through WorldRemit and 28.16% of men[13].

Going forward, creating an enabling regulatory environment around mobile money-enabled remittances will be critical to allow women to fully benefit from the advantages of digital remittance channels. The GSMA stands ready to support interested parties to work jointly on achieving this goal and accelerating women’s use of mobile money for remittances.

[4] “Remittances as a driver of women’s financial inclusion”, UNCDF (2017). Available at: http://www.uncdf.org/article/2173/remittances-as-a-driver-of-womens-financial-inclusion-in-the-mekong-region

[5] “Demand analysis on remittances in Nepal. Insights into the financial behaviour and preferences of migrant failies”, UNCDF (2019)

[11] “Financial inclusion and female migration. Turning savings and remittances into a factor for integration, security and development”, CeSPI (2019)

[12] Claire Scharwatt and Nika Naghavi, “Competing with informal channels to accelerate the digitisation of remittances”, GSMA (2018). Available at https://www.gsma.com/mobilefordevelopment/resources/competing-with-informal-channels-to-accelerate-the-digitisation-of-remittances/

[16] Claire Scharwatt and Nika Naghavi, “Competing with informal channels to accelerate the digitisation of remittances”, GSMA (2018). Available at https://www.gsma.com/mobilefordevelopment/resources/competing-with-informal-channels-to-accelerate-the-digitisation-of-remittances/

[17] SDG target 10.c: “By 2030, reduce to less than 3 per cent the transaction costs of migrant remittances and eliminate remittance corridors with costs higher than 5 per cent”

[24] Debnath and Selim, 2009 cited in https://www.iom.int/sites/default/files/about-iom/Gender-migration-remittances-infosheet.pdf