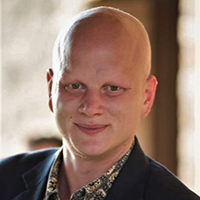 Over 80 per cent of Ghanaians have access to an improved water source piped to their homes or within a 30-minute round trip, and this figure has been steadily improving in recent years. However, this means 20 per cent of the population, over 5 million people, are reliant on unsafe or inconvenient sources. Including 1.7 million people dependent on surface water as their main drinking source. The vast majority of those Ghanaians without access to safe water sources are in small towns and rural areas.

Ghana has a favourable policy environment for private providers. Since the 1990s waves of water sector reforms have focused on shifting the role of the public sector away from direct service provision to one of facilitating service delivery by other actors. Safe Water Network (SWN) is a not-for-profit that funds the development of small water enterprises in Ghana and India. The model is based around the development of stations that purify and distribute the water. SWN currently provides services to over 400,000 people in Ghana every day.

In September 2015, the GSMA Mobile for Development Utilities Innovation Fund awarded SWN a grant to trial the use of mobile data collection to improve both the monitoring of water stations and response to maintenance issues for better water service delivery to communities in Ghana. Through this grant, mobile tools were used to improve data integrity, reduce monitoring costs, and improve maintenance response times. Following the success of this initial grant, another was issued in 2017 to integrate mobile payments, prepaid metering, and machine-to-machine connectivity at new and existing water stations in partnership with MTN Ghana.

SWN’s model is based on the establishment of ‘H2OME!’ stations. These stations take water from a nearby source, purify it, then distribute it via household connections or water ATMs. The stations are run by operators from the communities they serve. The operators receive training and ongoing technical support from SWN.

Vital to the sustainability of these stations is the collection of user fees to fund the ongoing operation and maintenance of the stations. In Ghana, SWN has a target to generate 0.005 Cedi in revenue per litre sold. This means a family of four can cover their water needs for 2.8 Cedi (~$0.5) per week, based on an average consumption of 20 litres per person, per day. Definitions of water affordability vary, but a generally accepted ‘rule of thumb’ is that households should spend no more than three to five per cent of their income on meeting their basic water needs. The mean monthly income for the lowest quintile in Ghana is GHC 648. Implying even the poorest households in Ghana can cover their basic water needs from an H2OME! station for less than two per cent of their income.

Mobile money services for both water ATMs and prepaid meters on household connections were launched in October 2018. Digitalising this element of the business allows for more efficient revenue collection and improved billing accuracy. In the first few months of the mobile money launch there was low-uptake of the service. In response, SWN introduced a set of measures aimed combating this, including: dual notifications for prepaid meter payment such that customers would get an SMS notification from both MTN Ghana and SWN after making their payment; and consumer sensitisation and training programs through field officers to assist and encourage prepaid  customers to do self-recharge via mobile money.

A key element of the digitalisation was the installation of prepaid meters for household connections at exiting stations. The prepaid meters allow for credit to be added to an account (associated with an NFC card) via mobile payments as well as via cash. The account balance is then drawn down automatically based on consumption measured by the meter, thereby removing the need to manually verify meter readings and issue bills. Machine-to-machine connectivity meant that water could be automatically dispensed without the need for manual operation.

Results from the grant

*Reduction in total revenue collected per month is as a result of there being a reduction in the overall volume of water consumed after digitalisation.

Insights from the grant

The experience of SWN holds many lessons for water operators seeking to integrate either mobile money payments, prepaid systems, or systems that combine both.

Fundamental to success is building trust in the digital service, and for this service to work flawlessly. Another critical lesson to introducing mobile money relates to the need for customer education. This is especially relevant when engaging with low-income customers. SWN’s experience highlights that when introducing a digital service, face-to-face engagement remains important. The grant end line survey (October 2018) identified three critical challenges for customers: 58 per cent of customers reported lack of payment notifications as a challenge, 46 per cent reported they did not know how to use the service, and 21 per cent reported a lack of trust. SWN, in partnership with MTN, took active steps to enhance uptake through capacity building.

The lower uptake of mobile money payments among ATM customers as opposed to household customers was attributed in part to longer lags between payment and payment notification. Initially, household customers generally received a payment notification within one to two seconds whereas with ATM connections these notifications could take one to two minutes. This was thought to be related to issues with the ATM application programme interface (API). This issue was later addressed and the notification times for ATM customers significantly improved. The delay in notifications was seen to lead to water ATM customers having lower trust in the system. The introduction of dual payment notifications (both from SWN and MTN) were important to customers feeling reassured that all parties had registered the payment. Another reason for the reduced adoption could be that customers are less inclined to go through the steps of crediting their account with mobile money for these proximity payments, as they already have to go in-person to collect the water, and can easily hand cash to the station operator. Even when making payment with mobile money many people would need the assistance of the operator.

Synergies between mobile operators and micro-utilities

There are significant benefits for both mobile operators and utility service providers in partnering to offer mobile-enabled services. In addition the benefits for utilities and customers outlined above, recent research in the off-grid Pay-as-you-go solar sector highlights that linking mobile payments to solar energy services leads to new registrations and the re-activation of mobile money accounts and increases in mobile money transactions.

In expanding digital services, utility service providers and mobile operators are natural partners as business services are closely integrated. The network of mobile money agents is essential to facilitating the digital payments, while utility providers create community touchpoints for using mobile money services. Core utility services such as water, sanitation and energy, provide important use cases for building consumer trust in mobile money services because the services are essential to daily life, and require regular payments. Where appropriate, co-branding services has the potential to further enhance consumer trust in both services.

As with utilities around the world, COVID-19 is having a substantial impact on SWN’s revenues. In Ghana the government announced that all water was to be provided for free as part of COVID-19 relief measures, and throughout the crisis Safe Water Network has been providing water for free at all stations. Additionally, in response to the pandemic SWN are conducing health and hygiene promotion campaigns throughout their network of stations.

Present global crises aside, a core achievement of SWN as an organisation is demonstration that financially sustainable micro-utilities can provide low-income customers with a safe and affordable service. The key achievement of the GSMA grant is evidence that digitalising parts of the utility operation significantly enhances efficient revenue collection and service delivery.

The combination of mobile monitoring, mobile money payments and machine-to-machine connectivity enabled SWN to reduce costs and NRW, improve revenue collection, and streamline operations. In doing so contributing to ensuring that services remain functional indefinitely and are available when needed. Given the significant financial benefits to SWN of prepaid household connections, SWN have launched a sales program aimed at significantly expanding the use of this technology.