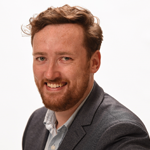 As we move to the next generation of mobile technology, we must not forget the millions of women who still lack basic connectivity.

Last week the mobile industry convened in Barcelona for MWC 2019, showcasing the newest innovations in mobile technology and intelligent connectivity. But during the excitement of 5G network launches, AI and virtual reality it’s easy to forget that, for hundreds of millions of people, even basic connectivity still remains out of reach.

As International Women’s Day approaches, it is important to recognise the capacity that mobile technology can have to empower women who might otherwise have been socially and economically excluded. But, as we race towards the next generation of mobile connectivity, there is also a risk that gender disparities in access to and usage of these technologies could exclude women from emergent digital economies, and exacerbate existing gender inequalities. With the growing importance of the internet as a driver of economic growth, ensuring that women are digitally included through mobile is an ever more important task.

Connected Women’s Mobile Gender Gap Report 2019, launched shortly before MWC, does provide some encouraging findings. 80% of women in low- and middle-income countries (LMICs) now own a mobile phone, which marks an incredible milestone – amongst the poorest two-thirds of countries globally, four out of five women now have a means to connect with the wider world through mobile. This represents an additional 250 million women newly connected since 2014 in LMICs.

The mobile ownership gender gap shows no signs of closing

But while these figures are promising, we should not grow complacent. There are still over 400 million women who remain unconnected in LMICs, and many of the women who could potentially stand to benefit the most from mobile connectivity are still the furthest away from being able to access it. The gender gap in mobile ownership persists – women in LMICs remain 10% less likely than men to own a mobile.

Moreover, the mobile gender gap does not end at ownership – the ultimate aim of digital inclusion through mobile is the empowerment that it provides to individuals and societies. But even when women own a mobile phone, they are less likely than men to progress along the user journey (see Figure 1) towards the use cases that can have the most transformative effects on their lives – particularly the internet.

The gender gap widens at each stage of this user journey. In particular women in LMICs are 23% less likely than men to use the internet on a mobile phone (see Figure 2). This is all the more important given that mobile is the primary means of accessing the internet in these markets. An average of 61% of female internet users across the low- and middle-income countries that were researched access the internet exclusively on a mobile phone.

Figure 2: Gender gap in mobile internet use in low- and middle-income countries, by region 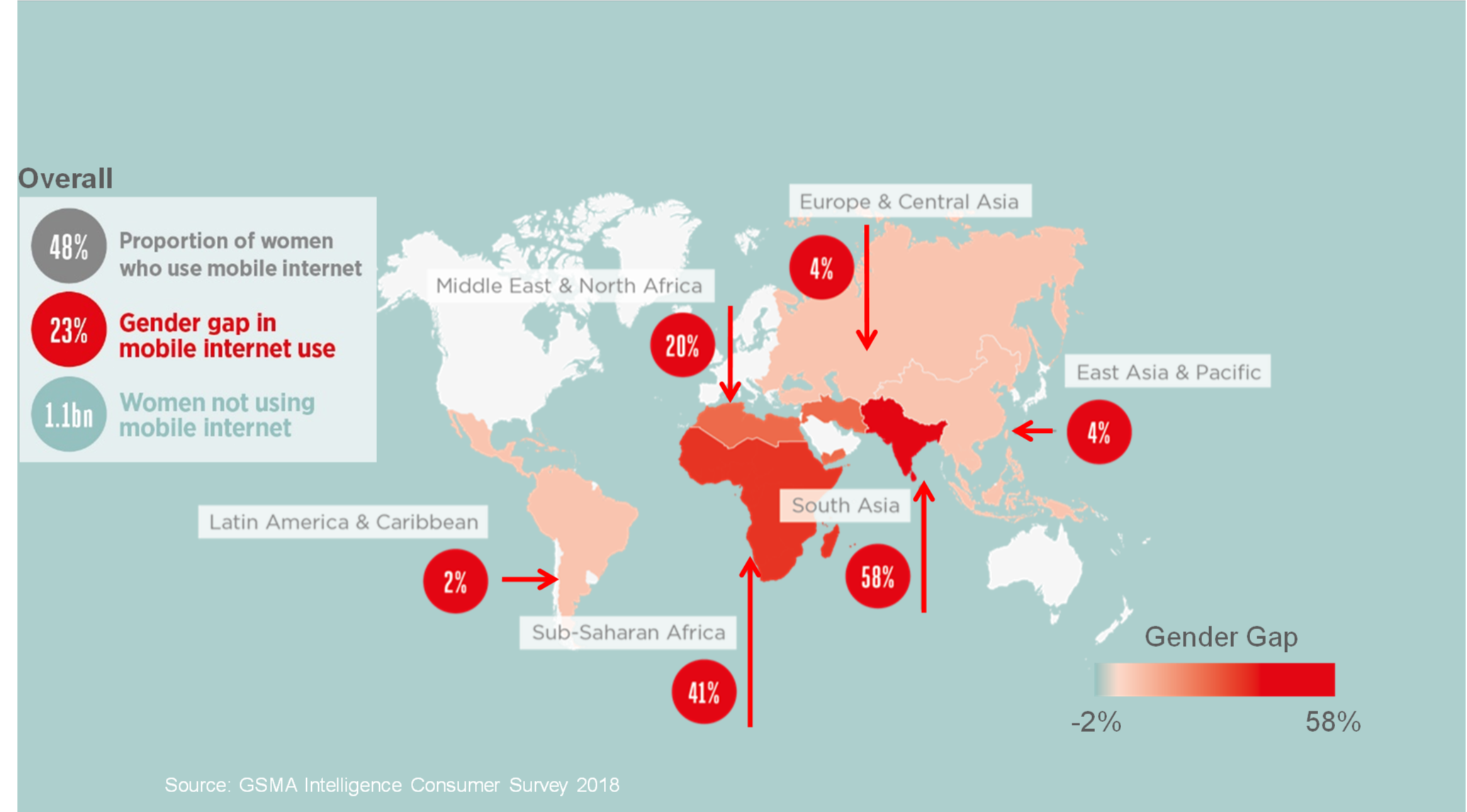 The mobile gender gap varies substantially between regions and countries

These overall gender gaps can also mask significant inequalities on a regional, national and sub-national level. The widest gender gaps remain in Sub-Saharan Africa and South Asia, but even within these regions there are significant variations, with much wider gaps found in certain countries than in the region overall. For instance in Mozambique there is a gender gap in mobile ownership of 24%, and a 59% gender gap in mobile internet use. Likewise in Pakistan women are 37% less likely than men to own a mobile, and 71% less likely to use mobile internet.

Concerted action is needed by stakeholders to help close this persistent mobile gender gap, and ensure that women are not excluded from the next generation of mobile technology. To inform what actions need to be taken we established a ranking of the top self-reported barriers to ownership and mobile internet use (see Figure 3).

Figure 3: Top barriers in surveyed low- and middle-income countries for men and women:

Overcoming these barriers and closing the mobile gender gap represents an important commercial opportunity for the mobile industry in LMICs, but an even greater potential driver of economic growth. Closing the gender gap in mobile internet use across low- and middle-income countries could add an estimated $700 billion in GDP growth (representing an additional 0.7 per cent of GDP growth) in these countries over the next five years.

The Mobile Gender Gap Report 2019 is based on findings from the GSMA Intelligence Consumer Survey 2018, which covers 18 LMICs accounting for 69% of the world’s population.

Click here to register for our Mobile Gender Gap Webinar, taking place on various dates throughout the month of May.