The State of Mobile Internet Connectivity: the coverage gap continues to narrow but the usage gap remains wide 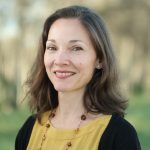 More than half the world’s population are now using mobile internet. That’s just over 4 billion people connected, and with 94 per cent of the world’s population covered by a mobile broadband network, lack of coverage is no longer the main challenge to digital inclusion. The much bigger challenge is addressing the barriers preventing people from being able to adopt and use mobile internet. It is important that we address these to ensure that everyone has the opportunity to benefit from mobile internet and its life enhancing potential. The pandemic has shown us how crucial access to mobile internet is for getting on with life and work despite restrictions. Across low- and middle-income countries, mobile continues to be the primary, and often the only, way, in which people access the internet, especially women[1].

Over the last few years, huge strides have been made to improve mobile internet coverage, even in rural areas. In addition, the decreasing cost of entry-level smartphones and smart feature phones, which are considered more user-friendly for people with low-literacy skills, also contribute to making mobile internet more accessible for underserved populations. So why aren’t more people using it?

There are 3.4 billion people who live within the footprint of a mobile broadband network but don’t use it (Fig 1) – and 93 per cent of these people live in low- and middle-income countries.  As highlighted in this year’s State of Mobile Internet Connectivity, this usage gap (those who live in areas with a mobile broadband network but are not using mobile internet) is a major challenge facing digital inclusion for all. As economies digitise and services move online, those who remain offline are likely to find themselves increasingly marginalised.

What is causing this usage gap?

One factor is lack of awareness. Nearly a quarter of the adult population in the low- and middle-income countries (LMICs) surveyed don’t know about mobile internet. Awareness has increased significantly since 2017 (see Fig 2), even among rural populations, yet our data shows that there is still work to be done to ensure everyone is aware of mobile internet and its benefits. But even when people are aware, this doesn’t necessarily translate into actual usage. So, what are the other barriers?

Across the surveyed LMICs, mobile users who are aware of mobile internet but don’t use it identified a lack of literacy and skills as well as not being able to afford it (particularly the costs of internet-enabled handsets) as the main barriers.

The literacy and skills barrier is a composite of five sub-barriers and, of these, challenges with reading and writing was a commonly reported sub-barrier among the eight surveyed countries. Interestingly, this barrier was sometimes cited even by populations that are literate, suggesting that there are other challenges (real or perceived) such as language, script or user interface that have an impact. Lack of digital skills also remains a significant challenge, including mobile users reporting not knowing how to access the internet on a phone, highlighting the importance of mobile digital skills training that meets people’s needs.

Affordability is a function of both the cost and the consumer’s income, so although in many countries handsets and data did become cheaper in 2020, the severe economic shock that followed the COVID-19 pandemic, made handsets and data less affordable for many as a result of the decline in per capita income. In other countries, the pandemic’s impact on manufacturing made handsets more expensive instead. Only in a few countries did the costs decrease enough to offset the pandemic-related shock to income, making accessing the internet more affordable.

How do people in low- and middle-income countries use mobile internet?

Across the countries surveyed, the range of things that mobile internet users are doing on their phones has broadened, as has the frequency with which they use it, when compared to usage in 2019. Although voice calls, instant messaging and social media remain the most popular use cases, three additional use cases grew substantially in the last year, possibly driven by pandemic related social distancing measures: video calling, watching free videos, and listening to music. Other use cases increased in 2020 (Fig 3), albeit still relatively low, including ordering and purchasing goods or services online and utility payments, showing that these are increasingly useful to people to meet their needs with mobile internet.

Despite the surge in demand for mobile data during 2020, mobile networks were resilient and network capacity improved. Global mobile data traffic per user reached more than 6 GB per month – double the level of data usage in 2018 and the largest absolute increase in the last five years. However, although data usage increased across all regions, data traffic per user in LMICs was around three times lower than most high-income regions, and around nine times lower in Sub-Saharan Africa.

Connecting the other 3.8 billion people that remain unconnected worldwide requires a collective effort. It requires collaboration and targeted action by all stakeholders to address the barriers people face to accessing and using mobile internet. This includes, for instance, actions and partnerships to raise awareness of mobile internet and its benefits; to build mobile digital skills and make it easier for users with low literacy to navigate; and, to make data and handsets more affordable. Lastly, although 94% of the global population now have access to mobile internet, that still leaves 450 million people who are without coverage, which is primarily an economic challenge that requires careful collaboration between the mobile industry and policymakers.