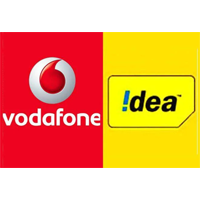 India has over a billion mobile connections and almost half of the population is women. Yet, fewer than 18% of mobile subscribers are women. Furthermore, women in India are less likely than men to have access to a smartphone and most women use a feature phone or a basic phone.

Vodafone Sakhi, a first-of-its kind mobile-based safety service, is designed exclusively for women. A variety of features including Emergency Alerts, Emergency Balance and Private Number Recharge provide free safety measures through the mobile connection to women customers using Vodafone pre-paid and post-paid services across the country. It works on all types of mobile phones, even without any balance or mobile internet.

Research in India has highlighted that safety is a huge concern for women. Vodafone Idea launched Sakhi to respond to women’s needs and enhance their agency. To date, Sakhi has reached millions of women across India. Analysis of customers data pre- and post-Sakhi adoption shows that, compared to non-subscribers, Sakhi subscribers have higher loyalty to Vodafone and higher average revenue per user.

“Safety and security of women is a burning issue in this country and this makes for a very compelling case as to how we could look at using technology to secure the safety of women and empower them so they feel confident as they step out of their houses.”