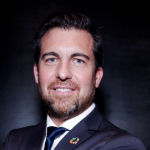 Governments and regulators in Latin America and the Caribbean can help maximise the socio-economic benefits from 5G with policies that prioritise access to mid-band spectrum. The potential of mid-band as a cornerstone of economic development is shown in new data from GSMA Intelligence.

5G take-up will accelerate in the second half of the 2020s in Latin America and the Caribbean (LAC), with mid-band 5G expected to contribute US$41bn to the regional economy in 2030, or 0.50% of GDP. While 5G penetration may be slower initially, its overall impact by 2030 will be higher as a percentage of GDP than in Europe and North America and one of the highest in the world.

At a country level, Brazil is expected to drive 43% of the 5G mid-band benefits in the region. However, the strong 5G penetration that is forecast by 2030 across the region will result in significant benefits across all countries as a percentage of overall GDP.

As the region seeks to emerge from the uncertain environment of the pandemic, mobile continues to have a role to play in connecting a brighter future. Productivity gains made in the 2010s, through the development of 4G, helped the world to teach, talk, carry out transactions and do business more efficiently. Today these benefits are bound tightly into the LAC economy and a new phase of development can now come from the deep integration of 5G into our lives, societies as well as businesses.

The GSMA Intelligence report outlines how, with the right regulatory tools, 5G can become a central pillar of economic development strategies in both Latin America and the Caribbean. Its benefit to sectors such as manufacturing, services – including healthcare and education – and public administration – including smart cities – can start a new wave of economic growth.

Beyond the potential economic benefits, GSMA Intelligence also analysed the impact if capacity needs of 2 GHz of mid-band spectrum are not met. The analysis shows that, under spectrum constrained to today’s assignments, up to 40% of economic impact could be lost.

If spectrum is limited to current levels as demand for services grows, increased network congestion and deployment costs will stifle 5G. Network quality and speed will suffer, limiting 5G adoption and its economic impact. On a global basis, constraining mid-band capacity can reduce the 2030 impact of 5G from 0.68% of global GDP to 0.42%.

An average of 2 GHz of mid-band spectrum in each market is required for mobile operators between 2025 and 2030 to maximise the impact and affordability of 5G.

The recent spectrum auction in Brazil showed leadership and similar progress is needed today, with clear further capacity plans to be written into spectrum roadmaps, in each market. In LAC, the 2 GHz goal leaves a shortfall of 1.13 GHz beyond today’s assignments on average. While the region is starting to move closer to the 2 GHz figure, there is still work to be done and in some of the region’s megacities, more mid-band will be required than this 2 GHz average. As such, the report recommends making more harmonised spectrum available for licensed 5G in core ranges such as 3.5 GHz, 4.8 GHz and 6 GHz.

The 6 GHz band represents the largest remaining single block of mid-band spectrum that can be made available to licensed mobile in the foreseeable future. The GSMA recommends that governments place the 6425-7125 MHz part of the band on their roadmaps for licensed 5G services and consider the use of the lower band for either licensed 5G or technology neutral licence-exempt.

5G associated mid-band applications will mostly be used to benefit the manufacturing, services, retail and finance sectors in LAC. The fact that 5G will deliver the strongest growth in this economic area is not surprising. Manufacturing is continually looking to improve the productivity of its processes, reduce costs and remain competitive on the global stage. It is well-placed to take advantage of the expanding deployment of 5G and the services and opportunities that will arise from pervasive and ubiquitous connectivity. Predictive maintenance, machine vision and XR are all elements of a wide range of 5G applications that manufacturing can exploit.

While manufacturing dominates, the retail sector will account for a significant proportion of benefits in LAC due to applications such as VR/AR and smart devices, which are expected to increase productivity in retail outlets and create new revenue streams.

The coming years will decide the extent to which 5G can deliver on its promise. Spectrum is required to provide fast, affordable services. Governments and industry need to work together on this – through WRC-23 and in national processes – to ensure that 5G can power a new phase of economic growth.

To find out more about the socio-economic benefits of mid-band 5G services, download the report here. You can also learn more by heading over to the GSMA’s 5G spectrum guide.