The GSMA has joined the #ChangetheFace Alliance, an informal partnership of like-minded and thought-leading technology companies that ...

This year marks 25 years since the Beijing Declaration and Platform for Action was adopted: the most progressive blueprint ever for advancing women’s rights. Although a lot of progress has been made in the past 25 years, there is clearly a lot more work to do.

Today, women are still seriously under-represented and under-funded in the technology ecosystem worldwide. Women’s representation remains low across different dimensions of ICT employment, entrepreneurship and policymaking. In fact, although the digital sector is rapidly growing and creating hundreds of thousands of new jobs every year, the share of women in this sector is continuously decreasing. On average, women constitute less than 35 per cent of ICT and related professions.

The mobile industry, the private sector and other stakeholders must work together to take action to include more women in the digital sector, recognising that the value of their contributions and talent is essential for constructing a competitive and dynamic society where no one is left behind.

Global partnerships such as EQUALS and operator initiatives to empower women are crucial to ensuring that the proportion of female leaders, entrepreneurs and innovators continues to grow. 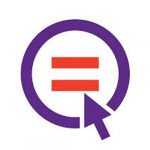 The GSMA is spearheading the mobile industry’s efforts to close the digital gender gap by adopting leadership roles in a number of global partnerships and initiatives.

In 2016 the GSMA was a founding partner of EQUALS, along with the International Telecommunications Union, International Trade Centre, United Nations University, and UN Women. EQUALS is the global partnership for Gender Equality in the Digital Age and comprises a committed group of corporate leaders, governments, academic institutions, NGOs and community groups from around the world dedicated to promoting gender balance in the technology sector. It does this by championing equality of access, skills development and career opportunities for women and men alike.

As Chair of the Access Coalition and currently, Chair of the EQUALS Steering Committee, the GSMA is in a position to drive change on behalf of Mobile Network Operators and their customers by promoting awareness, building political commitment, leveraging resources and knowledge, harnessing the capacities of partners, and implementing projects at the national level. 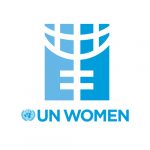 UN Women Empowerment Principles
To date 30 Mobile Network Operators have joined the GSMA in committing to the WEPs and fostering business practices that empower women.

These principles are the result of a collaboration between the UN Global Compact and UN Women, and are adapted from the Calvert Women’s Principles. They act as guideposts for actions that advance and empower women in the workplace, marketplace and community.

For example, Tele2 has confronted gender imbalances head-on by implementing the WEPs via its 16 point action plan which has led to a significant increase in women’s leadership roles and female recruitment across the company. 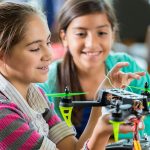 Gender Equality at Orange
Orange has a strong commitment to gender equality which includes a range of initiatives including being a founding partner of Happy Men Share More network, supporting 1641 young girls on their path to scientific/ technical sectors through the Capital Files programme, facilitating a dialogue with stakeholders on the implementation of diversity and gender equality policies and having 15 of its entities certified as Gender Equality European & International Standard (GEEIS) for their commitment to gender equality. 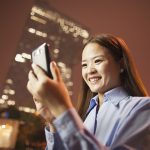 Getting more women into tech

Women4Tech
The mobile industry has launched Women4Tech to advance the goal of reducing the gender gap in the tech industry. This initiative, facilitated by the GSMA is addressing the whole path to increasing the representation of women in the technology industry and increasing the number of women in board positions. The initiative has three tiers of initiatives in regards to the advancement of women in technology, with focuses on women at the youth level (GSMA Tech4Girls), the career and working-level through our Regional Technology Group and the C-Suite level (Women4Tech Executives). To encourage networking the GSMA has launched c–suite dinners in North America. 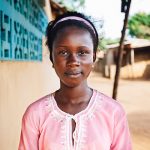 #ChangeTheFace aims to actively encourage companies and individuals across the globe to consider how they can make tech more inclusive, and make a personal commitment to positive change. It builds on work to increase equality and inclusion for customers, colleagues and communities over the last decade. 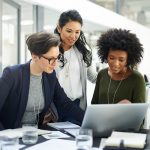 Being a leading employer

AT&T Named to Bloomberg Gender Equality Index for Third Year in a Row
AT&T has been named to the Bloomberg Gender Equality Index for a third year in a row in recognition of its commitment to gender equality. In 2019 more than 1,400 women across the organisation participated in talent development programmes giving them access to tools, training and resources to foster growth and propel their careers. The company was named to the Working Mothers’ Media’s Best Companies for Multicultural Women in 2019. AT&T and the AT&T Foundation have also given nearly $12 million to support women in STEM in the past 5 years.

The GSMA works with mobile operators in collaboration with partners and international organisations on initiatives to close the gender gap globally. To get involved contact us by emailing betterfuture@gsma.com