Key takeaways from our IMT workshop at Mobile 360-Africa

Last month, the GSMA hosted a workshop on international remittances during the Mobile 360 – Africa conference in Dar es Salaam, Tanzania. This workshop was an opportunity to bring together a wide range of stakeholders interested to expand the use of mobile money for international remittances across a greater number of markets. We had a full room of participants, coming from different background including a number of regulators, mobile operators, remittance players as well as international organisations and donors.

The workshop was moderated by Leon Isaacs, CEO of Developing Markets Associates (DMA). He opened the workshop with a few introductory remarks sharing key findings from a report produced by FSD Africa on ”Reducing costs and scaling up UK to Africa remittances through technology”. We then had the pleasure to listen to four great speakers who shared key insights on the opportunities and challenges to ramp up mobile money services to facilitate international remittances. Our speakers included:

The presentations were followed by a moderated discussion with the workshop participants. Here are some of the key take-aways from the discussion: 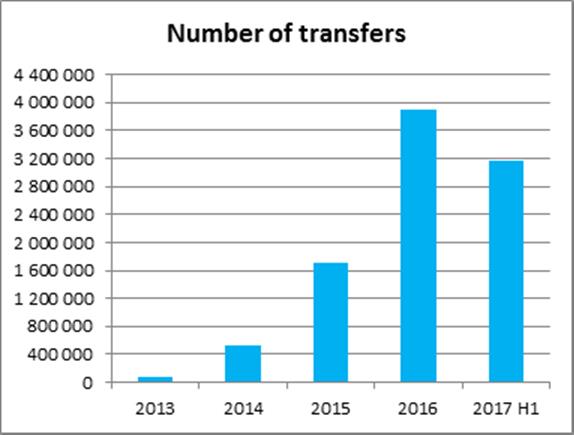 Average number of transactions per user by type of pick-up method (Source: WorldRemit)